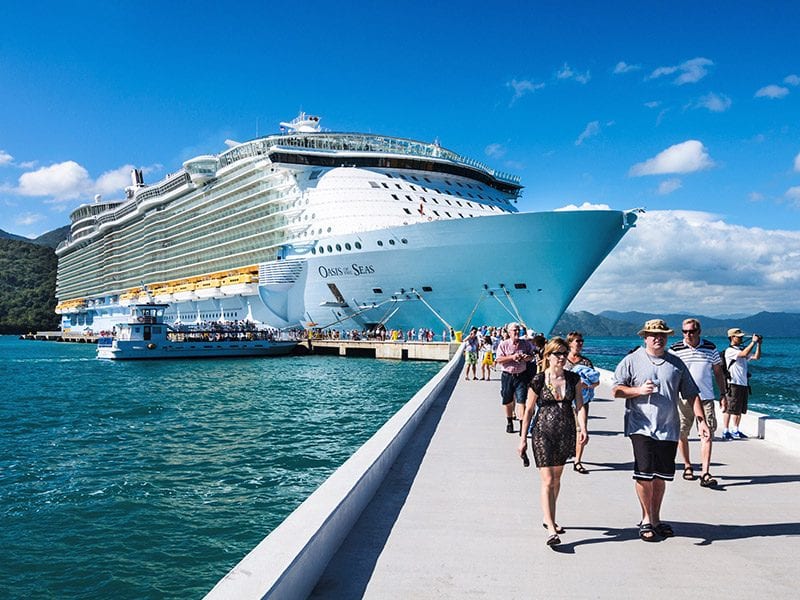 Ideal destinations for a summer cruise

Little by little the summer is approaching and with it the most awaited vacations. If you still haven’t decided where to go, consider some of the following summer cruise destinations that we propose.

It is probable that if you have never done a cruise you have many doubts, it has happened to all of us, for that reason we recommend you that first of all you read our advices to go in cruise. We are sure that once you have overcome your initial fears, you will not regret it.

Remember above all that the secret to get the best price on a cruise, or even a 2×1 offer, is to book well in advance.

To avoid problems for having to make plans with so much time our recommendation is that you take out a cruise travel insurance, which among many other advantages will allow you to recover the cost of cancellation if you have an unforeseen event. In addition, in case of illness or accident, do not worry about health expenses on board and ashore, both being high cost.

The wide range of cruises currently available, the variety of destinations, the tight prices and the large number of activities that can be enjoyed both inside and outside the boats, makes cruising with children or cruising in pairs is an ideal option, not to mention single cruises.

Cruise holidays are usually very relaxed and it is common for those who enjoy a cruise, when it ends, to have the feeling of having enjoyed a longer holiday than they have actually done.

The reason is that when you visit many places, without the fatigue and stress of having to go from one place to another or packing and unpacking, resting peacefully or enjoying activities while travelling with the boat, you have the feeling of having done several holidays together.

Cruises in Italy: Venice and the Adriatic

The Adriatic Sea has some of the best ports for Mediterranean cruises. The reason is to be found in the rich history of the surrounding countries such as Italy, Croatia or Montenegro that makes this area an ideal destination for a summer cruise holiday.

The best Adriatic Sea cruises depart from Venice or Trieste and usually call at cities such as Ravenna or Bari, the Greek island of Corfu, the impressive walled city of Kotor in Montenegro and the beautiful Croatian cities of Dubrovnik and Split.

More cruises in Italy: from Liguria to France

Liguria is another of the most recommended destinations for a summer cruise, due to the rugged coasts that have given rise to villages as beautiful as those that form Cinque Terre in the province of La Spezia.

Obviously cruises departing from Genoa cannot stop at Monterosso, Vernazza or Manarola, but they can stop at Portovenere, the elegant Tuscan town of Livorno or the beautiful village of Portoferraio on the island of Elba, world famous for being the place where Napoleon Bonaparte was exiled.

Normally many of the cruises based in Genoa also call at Savona, the exclusive Montecarlo district of the Principality of Monaco and at a French city such as Cannes, Nice, Marseille or one of the ports on the island of Corsica.

Cruise on the Amalfi Coast and Sicily

We cannot end our recommendation of summer cruise destinations in Italy without mentioning those based on the largest Italian port in number of tourists and visitors, the city of Civitavecchia just 80 kilometers from Rome.

To initiate a cruise in the port of Civitavecchia, besides that it facilitates to us to be able to choose between one of the greater offers of routes of cruises for the Mediterranean, has the incentive that if we reserve a few additional days we will also be able to visit Rome.

Of all the routes we can choose from the port of Civitavecchia our suggestion is to opt for one that allows us to visit the Amalfi Coast and Sicily. Places like Sorrento, Amalfi, the island of Capri or Sicilian jewels like the city of Taormina.

Palermo or Catania are ideal places to visit during a cruise in Italy. Not to mention the spectacular Lipari, the largest and most beautiful of the islands of volcanic origin that forms the archipelago of the Aeolian, north of Sicily.

If you are looking for a summer cruise destination that will allow you to enjoy nature, your option is undoubtedly a cruise in the Norwegian fjords.

The Norwegian coast due to the erosive action of glaciers over time is plagued by fjords, which are tongues of sea that enter the coast and in many cases are several kilometers long.

The fact that all the fjords are different due to their own origin makes a cruise through Norway a real gift for the eyes. If we add to this natural wonder that you can visit coastal towns such as Bergen, Tromsø, Trondheim or Ålesund, it is clear why we say that a cruise through the Norwegian fjords is an ideal destination for nature lovers.

River cruise on the Danube

If you like history, although cruises in Italy can be interesting, in our opinion what you will enjoy the most is a river cruise on the Danube. Few parts of the world have as much history, monuments and architectural beauty as the banks of the Danube.

Visiting Austrian cities such as Linz, Melk or Vienna, the current capital of Austria and once the capital of the great Austro-Hungarian Empire, are more than enough reasons to cruise the Danube.

But the wonderful thing about this river is that in its long journey to the Black Sea, also passes through the elegant city of Bratislava now capital of Slovakia and links the cities of Buda with Pest to form the capital of Hungary, Budapest.

Although to be able to visit some of the cities that we have commented already is a reason more than sufficient to do a fluvial cruise by the Danube in summer, it would not be fair to finish this section without making reference to some of the beautiful German cities that grew to their shores like Ulm, Passau, Regensbona or Ingolstadt.

Because we have to remember that the Danube is born in Baden-Württemberg in the mountainous massif known as the Black Forest.

A Pharaonic Summer Cruise on the Nile

For those who enjoy visiting places with history, but are looking for more exotic destinations the most advisable is to travel to Egypt and make a cruise on the Nile.

Unlike other routes of which we have spoken, in this case we also recommend you that when hiring a cruise on the Nile do not look for the best offer, in this case it is better to pay a little more and seek maximum quality and comfort, you will avoid problems such as unpleasant diarrhea that can ruin your vacation.

Fortunately there are a lot of companies that offer routes along the Nile, and the prices of Egypt to the change are quite cheap, so even super luxury cruises have interesting offers if you look far enough in advance.

Of all the routes that can be done by the Nile the most recommendable is the one that goes from Lúxor to Asuán, because it is the area of Egypt where it accumulates a greater number of temples of the Egypt Pharaonic, as the Valley of the Kings, or the temples of Lúxor, Karnak, Hatsepsut, Edfu, Filae, Kom Ombo or the Colossus of Memnon.

Visiting Egypt and not seeing the famous pyramids of Giza is a bit of a half-time, but unfortunately the pyramids of Giza are almost 700km from Lúxor, so our suggestion is that if at the end you decide to make a cruise on the Nile, it would also be a good idea to include in your vacation a visit to Cairo, which is an hour flight from Lúxor and just 20km from Gizá.

So you can return from your vacation with the satisfaction of having been in all the relevant places to visit in Egypt.